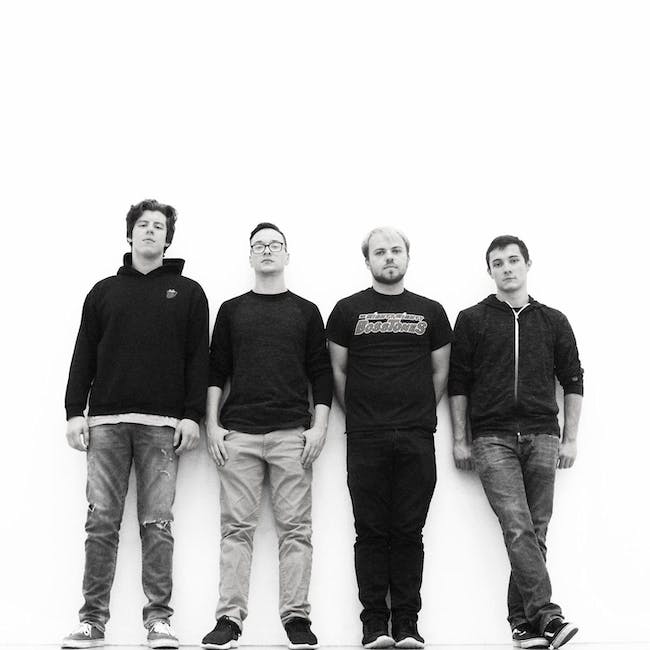 Carbon Based is a 4 piece rock outfit based out of New Haven, CT. Hitting the scene in 2016 with the release of their EP, 'Self & Strangers' the band has played alongside notable rock bands such as Beach Slang and The Spill Canvas.

Now they are back with their follow up EP, “Patterns”. Recorded over the course of a year and a half in multiple locations, “Patterns” was written as a collaborative effort in which each member has left a piece of themselves for the listener to discover.

The band at its core, is four friends who enjoy playing music for the sake of playing music. Their only goal is to convey that feeling on record and in their live show.

Born out of Connecticut, Bonsai Trees has existed in various iterations since 2011. Often categorized as indie-rock with traces of emo influence, the young quartet has spent the last few years playing shows all across the country. Most recently, in support of their independently released LP “Learn To Grow”.

Cinema Stare is a band from Connecticut featuring former members of Milkshakes, Loner Chic, Carlos Danger, and Dear Pines among many other emo projects well-known to the local scene throughout the 2010s. With a sound reminiscent of early 2000s acts like Taking Back Sunday, Senses Fail, and the Early November, the band are currently working on their first LP set for release in the spring of 2020.

Yet another indie pop-punk band from Connecticut, Quinn is a mix of upbeat confidence and energetic presence. Described as having music both relatable and at times sad.