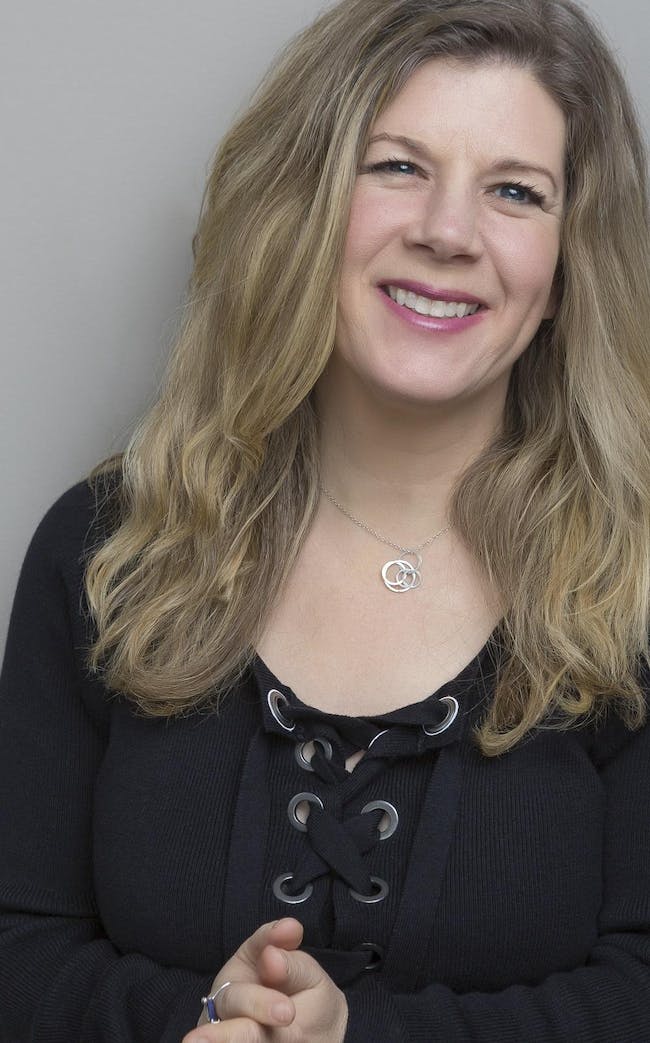 Dar Williams has always followed her muse. When she was up in Somerville, Massachusetts in the early nineties, knowing that she wanted to pursue music or theater, she worked backstage at the Opera Company of Boston and wrote plays on the side. But she was in Boston, and the muse led her into the myriad open mics and tip jar gigs of booming folk revival. She opened a trunk of old songs and started writing new ones.

She went to three or four open mics or song circles a week and recorded two cassettes. Yes, cassettes. When she felt like the noise of Boston was getting to be too much, the muse led her to the cornfields and college towns of Western Massachusetts where she sat on her futon and wrote the songs that would become The Honesty Room, her first CD, which she recorded in the basements and back woods studios of Amherst. She hoped the songs she was writing, with titles like When I Was a Boy, You’re Aging Well, and The Great Unknown, would lead her into an idiosyncratic part-time music career.

Little did she know that the coffeehouse scene and the beginnings of internet communities were building to a crescendo and eager to receive her warm, witty songs. By the end of 1994, when The Honesty Room came out, she had rock-solid management, the best booking agency in the country for singer-songwriters, and a career-making slot at the Newport Folk Festival. She also signed with Razor & Tie records and penned the material for her next album, Mortal City.

The mid-nineties were a heady time, and Dar did her best to keep up with an exciting mix of concerts in forty plus states, Canadian festivals, and her first British dates.

With the release of Mortal City came an invitation to play throughout Europe and the United States with new friend and folk legend, Joan Baez, a tour that changed everything, as Dar was quick to discover by 1997 when she released End of the Summer. She wrote the title track in hotel rooms down the west coast on her tour with Joan. She continued to write about all the eclectic things that inspired her, never questioning the muse. Psychotherapy, veterans with PTSD, and late night radio DJs among other themes.

Booked in large theaters, she went out with her first band on her first tour bus with The End of Summer, playing more colleges and festivals, including Lilith Fair, for which one of her songs became part of the festival’s gold-selling CD.

Her good friend Richard Shindell joined the official End of the Summer album tour. Somewhere around Portland, Oregon, they decided to make an album that would showcase all the great writing that was happening in their tightknit musical community. They invited Lucy Kaplansky to join them and Cry Cry Cry was born in 1998, with a short tour that kept getting longer, stretching out for over a year and a

half. For all three artists, dubbed a Folk Supergroup (not by them), it was both a musical education and huge life adventure.

Dar says, “We were trying to get this one line for the last chorus of Sweet Sir Galahad that we were going to sing with Joan [Baez]. The bus was careening down the highway from Denver to Aspen, and we spent hours trying to find the perfect notes.

We were in heaven. The bus driver was in hell.”

All of this time steeped in the music of her fellow musicians inspired many of the songs for The Green World, Dar’s fourth studio album, recorded with seasoned musicians and future bandmates in Woodstock and New York City.

On her return from the ten-week Green World Tour, Dar got a letter from Scholastic books, inviting her to an open-ended lunch discussion about a possible young adult or children’s book. Dar said she couldn’t imagine it, but the muse said, “Just have lunch.” By the end of the meeting at a Mexican restaurant, where there may or may not have been sangria, Dar was already brainstorming Amalee, a young adult novel

about a girl whose father’s eccentric friends come forward in all their strange glory when he gets sick. Infused with magical realism and Dar’s well-remembered youth, Amalee and the muse took a winding path of creation from 2002-2003.

City living and time spent with the Green World musicians provided the a whole new palette of imagery, and an opportunity to collaborate with Rob Hyman of the Hooters, that became The Beauty of the Rain, released in 2003, her most successful album to date, named People magazine’s album of the week when it came out, and she started her tour with a performance for PBS’s Soundstage. Her song, Closer To Me, written with Hymen, doubled the number of commercial stations that played her music is it went up Billboard’s Heatseeker’s chart, while songs from the whole album were in heavy rotation on Americana stations throughout the United States and Canada.

The following years saw a return of the Green World crew with My Better Self in 2005. While out on tour, Dar edited a sequel, Lights, Camera, Amalee for Scholastic for a 2006 release, which led to a whirlwind two years of concerts, readings, and school visits.

In 2008, Dar headed to Electric Lady studios to record Promised Land. Dar set out with a trio that included keyboardist and jazz composer Bryn Roberts, with whom she’s been touring ever since.

In 2010, after seven studio albums, Dar released a greatest hits retrospective called Many Great Companions, produced by Gary Louris, with touring companions of the previous fifteen years, including Mary Chapin Carpenter, her best friends Nerissa and Katryna Nields, and Sean and Sara Watkins of Nickel Creek.

It was now that the muse started pointing in some new and unexpected directions. As Dar was writing songs for In the Time of Gods, her eighth album, she was asked to create a college course to teach at her alma mater, Wesleyan University. She toured with In the Time of Gods in the spring of 2012, followed by teaching Music Movements in a Capitalist Democracy in the fall. Teaching a university course was one of the happiest moments of Dar’s career. A friend advised her to lead a songwriting retreat. Dar said “I would only lead a retreat if it were called, ‘Writing a Song That Matters’, focused on the process of writing a song, not the industry that brings it to the public.” In 2013, Dar led her first Writing a Song That Matters retreat at The Garrison Institute in the Hudson Valley of New York. It was another highlight of Dar’s life and career. The next year, she added another retreat at the Omega Institute in Rhinebeck, New York. All the while, as Dar wrote songs for the album Emerald and prepared 20th anniversary tours for both The Honesty Room and Mortal City, the mists were swirling for a project that was both a departure and arrival point in her career.

In the decades that Dar had been touring, she had been seeing how towns and cities, like people, had been coming into their own, becoming more resilient, unique, and prosperous. While so many people said that towns and cities were “dead”, she had been seeing them come back to life. She realized that the key ingredient in the success of these places was what she called “Positive Proximity”, where there was an understanding that living side by side with other people was a good, constructive thing. Positive proximity was a civic state of being that could be built and sustained, and Dar was collecting stories and notes to support her growing theory. She said,

“Someone should write a book about this.” And the muse said, “You’ve written

fiction books, you interviewed people for your green blog at Huffington Post, you’ve written about towns and cities in your songs since day one. The person who should write this book is you.”

In the spring of 2015, just before setting out on the tour for her ninth studio album, Emerald, Dar signed a contract with Basic Books, now Hachette Publishing Group. In September, 2017, she started touring new venues, speaking in bookstores and at city planning conferences in support of her book, What I Found in a Thousand Towns, a

Touring Musicians Guide to Rebuilding American Communities One Dog Run, …. At A Time. 2018 was a time to deepen her connection to these themes of town and city building and planning as Dar gave keynote speeches at the Boise Downtown

Association, the Vermont …, the Southern New England Planning Association conference, and the Congress of New Urbanism, among others. It was also the year for a very emotional and exciting reunion of Cry, Cry, Cry, where the trio returned to sing songs by newer songwriters. Dar still loves every minute of her job and always advises folks to “follow their muse.” She still goes wherever the muse leads her, which, presently, is right back on her couch, coffee on the coffee table, guitar in hand, writing her next batch of songs.

“One of the most innovative songwriters working today.”