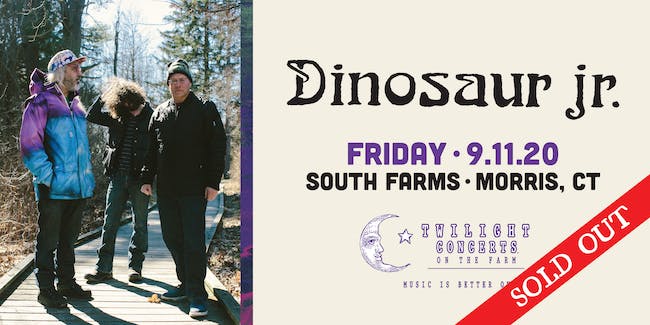 DINOSAUR JR. is widely recognized as one of the most significant American rock bands of all time. Preceding Nirvana by several years, Dinosaur Jr. was instrumental in bringing the crashing sounds of lead guitar back to indie rock. It wasn't just the band’s signature metallic haze that made an impression on listeners; front man J Mascis’ effects-laden guitars were wrapped around some of the best songwriting of the decade. The first three albums, Dinosaur, You're Living All Over Me and Bug, are now considered cult masterpieces.

When the original line-up of Mascis, bassist Lou Barlow and drummer Murph re-formed in 2005 for select live dates, it was apparent that the years apart had not eroded any of their vitality. It was natural that Dinosaur Jr. would then begin to work on new material. With the release of Beyond in 2007, the band continued its march towards rock greatness. Fourteen years on, the band is still going strong with three albums released on Jagjaguwar Records, most recently 2016’s Give a Glimpse of What Yer Not.