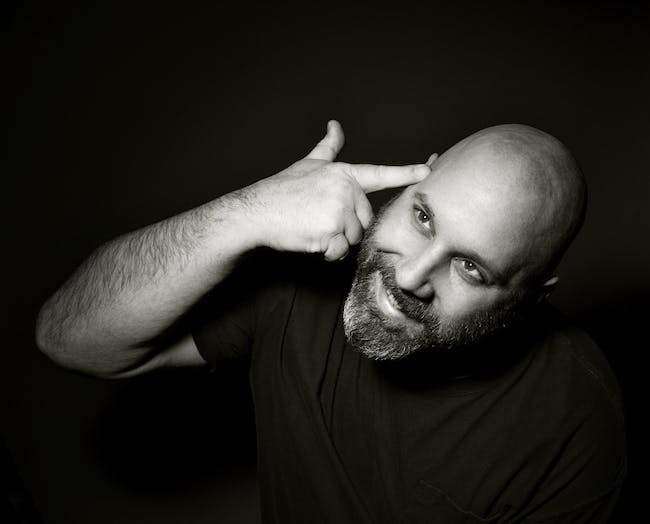 Sage Francis (CEO of Strange Famous Records and 1/2 of the Epic Beard Men) is widely considered one of our generation's greatest lyricists. His gifted wordplay creates vivid narratives to instigate as well as inspire, but it often derives from an accumulation of public disdain and personal turmoil. Dubbed the "forefather of indie-hop” (a subgenre which gained great traction in the late 90s,) Francis originally earned worldwide acclaim in the early 2000's by winning the most highly coveted titles of the emcee battle circuit. This was coupled with the waves he was causing in the newly burgeoning spoken word scene. Despite having no ofcial distribution or label support, Francis' unique brand of music spread like wildfire via the advent of file sharing networks which caught the attention of labels worldwide. With his first studio album, Personal Journals, Francis daringly set aside the more boastful side of rap by catering to his poetic leanings and scathing socio-political commentary. By 2005 Sage Francis was the first hip-hop artist signed to Epitaph Records and soon became one of the highest selling artists of his genre. Rather than abandon his day-to-day grind at the helm of SFR, he channeled all of his newfound resources into it, allowing the label to expand in staf as well as roster. Several studio albums and numerous “Sick of…” mixtapes later, Uncle Sage has settled into his “old man shaking his fist at a soundcloud” status while continuing to push buttons from his New England home. New projects are in the works. A new life is in progress. Don’t…poke…the beard.

Jesse Ramos AKA jesse the Tree is an artist from Providence, Rhode Island. He likes to make these songs for you to listen to. Hope you're having a nice day love you.