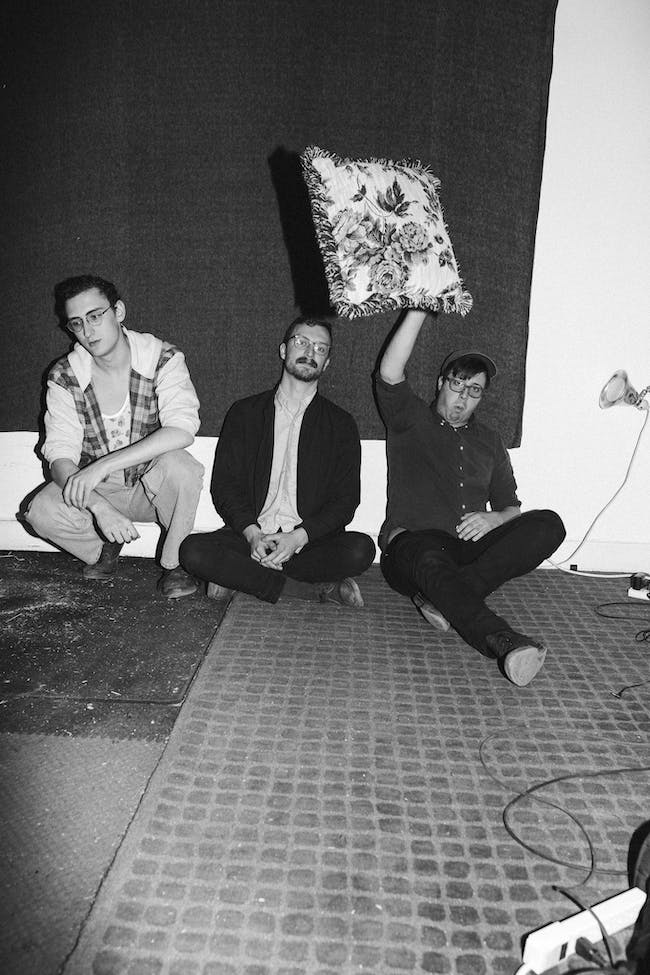 Tunic is born of spite. After years of touring someone else’s bass lines across the globe, David Schellenberg was told he wasn’t good enough. So he did the only logical thing: buy a guitar, quit your long-time band, and abandon everything you think you know about music. Armed with no skill and a blissfully ignorant embrace of discordant noise, Schellenberg started crafting songs, quickly enlisting childhood acquaintance Sam Neal on drums and roommate Rory Ellis on bass.

Over the past 4 years and half a dozen d.i.y. releases, tunic has managed to unleash and tame their unique blend of noise rock and hardcore. Relentless touring has taken them across Canada, Europe and the States, filling clubs, basements, and abandoned prisons with noise. The band released the single “Teeth Showing” on Toronto’s Buzz Records in 2018, which they toured with new drummer Dan Unger.

Tunic’s debut album “Complexion” was recorded in six days in their hometown of Winnipeg, Manitoba with Montreal-based engineer and producer Jace Lasek (Suuns, Land of Talk, Wolf Parade). Complexion picks up where previous releases left off; 11 songs of feedback-laden filth laid over churning blows of drum and bass. Harsh verses about hurting those you never meant to hurt; choruses that sever ties where you never thought you had to. This is unconventional hardcore. This is broken indie rock. This is naïve art.

Hailing from all corners of Connecticut, Crag Mask has been bestowing their unique take of rock onto listeners for three years. Their gloomy sound tends to unfold into heavy hitting sections that groove and bend, yet still maintains a catchiness that acts as a thread through their non-traditionally structured tunes. A sophomore album is to be released by the band in 2019. Until then, listeners can linger on and pick apart their promising debut, “Loom”, for just a bit longer.

T Wreck is a driving quartet from New London, CT that forges the proto synth-punk of The Screamers and Suicide with urgent scream-poetry, conjuring a sound that’s been described as Rage Against the Machine/Beastie Boys on acid. Daniel Boroughs’(Ferocious Fucking Teeth) vocals give way to his most cathartic impulses while riding the thunderous oscillations of synth dudes David Freeburg (Fatal Film) and Justin Credabel (Incognito Sofa Love), pushed along by the heavy-hitting funk/rock drums of Michael Winslow (Fatal Film, Incognito Sofa Love).

T Wreck started as an improvisational freakout ensemble hastily whipped together to fill an opening at New London’s Sailfest in 2017. The collision of influences was infectious and was soon followed by practices and song development. In the winter of 2018, live-audio engineer Andy Stackpole (Snoop Dogg, Wiz Khalifa, Bad Brains) captured the band with 14 mics (no overdubs) and mixed their new six song EP No Nada (New Lo Records).