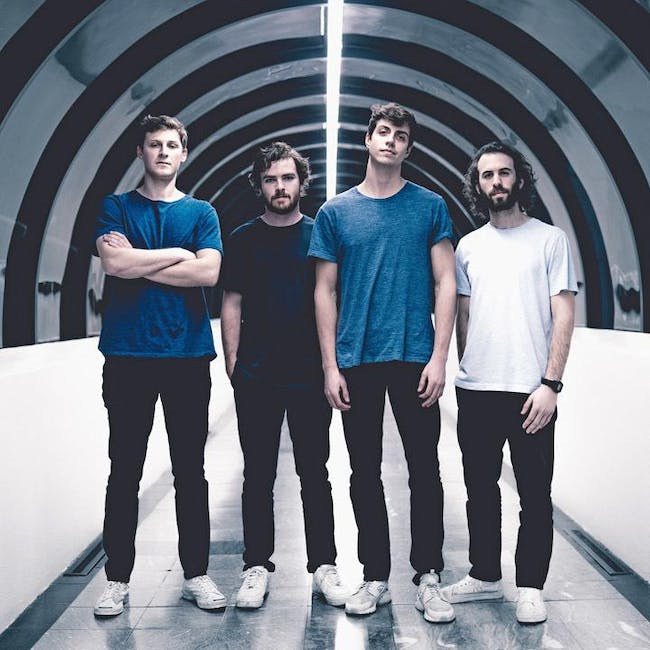 In late 2012, four schoolmates joined together to form something that would become much larger than the sum of its parts, Walden. Hailing from the musical mecca of Athens, Georgia, Walden emerged as the city’s newest rock sound. The band quickly captured the college town’s attention, taking them from a debut performance at a Pizza Hut to a headline show at the historic Georgia Theatre just two years later.

Andrew ‘TAME, The Aspiring Me’ Davis, son of the late Houston Hip Hop legend Big Mello, is a quick-witted emcee from the suburb of Mo City, TX. His passion for creating ambiance-induced, feel-good music for the masses peaked when he was gifted a Casio keyboard as a child. The Aspiring Me perfected his craft as an all-around artist despite having a rhyme book confiscated by his high school principal whom cited it as being a terroristic threat. Determined to be the best he continues to hone his skills by touring across North America from The Hamptons to Montreal to New York City and performing at multiple music festivals such as SXSW in Austin and Brooklyn’s Juicy Art Fest.

RØY & the Echoes: Contradictions have always been a part of Indie singer-songwriter Roy Halim’s journey. A first-generation American son of Muslim Albanian immigrants, Roy should feel like the quintessential outsider. Instead, he focuses on creating a sense of community, providing inspiration and connectedness for his listeners. With a bold and raw, yet soft and polished sound, mixing bravado with subtle restraint, his head actually sings with his heart.

Stephen Ungvary is a singer/songwriter based out of Seymour, CT. An avid music lover who takes influence from everything around him; He began playing music at a young age and realized he never wanted to stop. He has played in multiple local bands of varying styles including fronting the New Haven local act Carbon Based. He is currently working on his debut EP due out early next year.